With election night a week away, we are happy to share the endorsements made by our members. We decided against a simple 50% threshold in favor of a candidate who receives support of 70% of our members to earn our endorsement. There are two races in Lorain County where support was split between two candidates preventing either one from achieving the 70% mark, leaving a clear favorite in the remaining races. In this VERY important off-year election, voter turnout is incredibly important so please vote and then get others to vote as well.

In one of the most important races in Ohio, we endorse JIM RENACCI 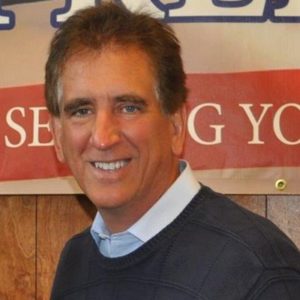 (pictured) for U.S. Senate. While some polling puts him within the margin of error, this seat is rated by every major polling organization as a keep for the Democrats. Renacci was an early 2016 supporter of Donald Trump and would help move his agenda through the Senate. Senators like Elizabeth Warren or Chuck Schumer would not be able to win in Ohio, and there is no reason reason to vote with their fellow liberal simply because of name recognition. Jim Renacci is a clear choice to take over this U.S. Senate seat.

In Congressional races, we endorse the Republicans JIM JORDAN, BOB GIBBS, and STEVE KRAUS (pictured). And although this question is not on the ballot, many of us 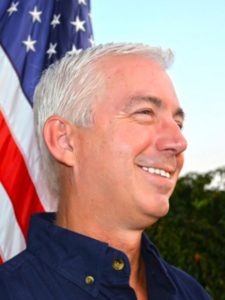 further support Jim Jordan to be Speaker of the House. For too long, Republicans have campaigned on a conservative agenda, and yet even in 2017, our Republican Congress sent a budget that pays for Planned Parenthood but not a border wall. This is unacceptable, and re-electing Jordan and Gibbs will help keep the House in Republican hands. Steve Kraus has a tougher road in taking on a 30+ year incumbent and we must provide all the help we can and change minds and get out his vote in traditionally Democrat areas in Lorain County.

While some conservative groups have made no endorsement in the governor’s race, or 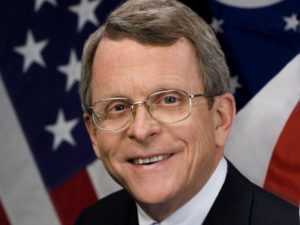 have suggested voting for the Libertarian candidate, Totally Engaged Americans of Lorain County has endorsed MIKE DEWINE (pictured). The current governor has been a wet blanket for many Ohio conservatives and the long intermittently-conservative record of DeWine has caused some concern. Nevertheless, DeWine is clearly the better candidate between the two candidates who are competing for the victory.

The other statewide races fall into place for the Republican candidates, as we’ve endorsed DAVID YOST (Attorney General), KEITH FABER (Auditor), FRANK LAROSE (Secretary of State), and ROBERT SPRAGUE (Treasurer). Each of these positions is important in their own way when it comes to Ohio voting, pending and potential lawsuits, and financial transparency. 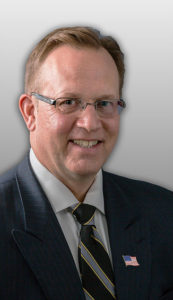 DICK STEIN. Like Steven Kraus, Rob Weber is campaigning in a traditionally Democrat area so please help him with your vote and voice in getting others to support him. Both his experience and his fresh ideas for the district are clearly superior to his opponent.

For State Senator, our members split between Republican Nathan Manning and Libertarian Homer Taft. There was some concern about Manning’s relationship with former Speaker Rosenberger, his ability to oppose potentially liberal policies (like Medicaid Expansion) from either Governor DeWine or Governor Cordroy, and a generic feeling against the Manning family simply switching seats. With Taft, there is certainty that he would vote as a fiscal conservative although his social positions caused others to shy away. Regardless, neither of these candidates achieved the 70% benchmark so we leave this race up to you.

Finally for the Ohio Supreme Court, we endorse CRAIG BALDWIN and MARY DEGENARO. For State Board of Education, our chair Kirsten Hill had put her name on the ballot, however she defers to SUE LARIMER for this important seat.

In the most important race for Lorain County voters, please support and vote for JOHN CIARRONE (pictured, standing right) for County 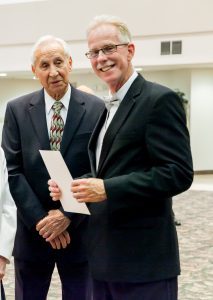 Commissioner. The current Democrat monopoly on the Commission is unchecked when it comes to managing our county tax dollars, and unsurprisingly their answer to any hint of financial problem is to raise taxes. They raised the sales tax after voters rejected it, and they now want more money allegedly for an opioid rehab facility although there is no evidence that these elected characters are capable of supervising and operating it as a county facility. We must begin to change the culture of our county government, and it can begin with John Ciarrone.

For County Auditor, our members split between incumbent Democrat Craig Snodgrass and Libertarian Matt Doran. Members who preferred Snodgrass look to his experience and qualifications, while those who preferred Doran looked at his technology background to streamline tasks and that he is a Libertarian.

For the courts, we endorse JENNIFER HENSAL for Ohio Court of Appeals, and JENIFER BERKI MERRILL for Court of Common Pleas. 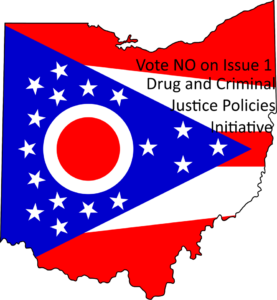 Our members vote NO on STATE ISSUE 1, the amendment which increases the legal amount of drugs one may possess. This is promoted as a way to get non-violent criminals out of our overcrowded jails, however the answer to that problem cannot be to more permissiveness when it comes to drug volume and availability.

Our members also vote NO on ISSUE 8 and ISSUE 14. Issue 8 raises funds for 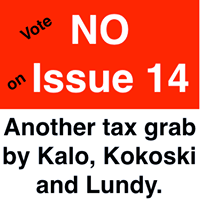 Lorain’s Joint Vocational System and Issue 14 raises funds to create a county-run opioid center. The property taxes and sales tax of Lorain County has gone up very recently and also over the last decade, and there is zero trust or faith that JVS or the Commissioners can spend any new money responsibly. Of course our members understand the need for county services and that they must raise the necessary money to operate. We do NOT believe, however, that our current county commissioners can effectively use the resources that Lorain County citizens are forced to provide through this tax system.

We encourage you and any of your friends and family in Ohio to go to http://www.vote2018ohio.com and download a list of endorsements in your specific precinct. The only difference between our list and the list on this website is our endorsement for Mike DeWine for Governor.

Thank you all so much for your attention and your participation! It is our responsibility to become informed and engaged voters, and by getting through this list of endorsements puts you light-years ahead of many other voters in the county and in the state.

Get out and VOTE and get your friends and family to VOTE as well!